WOO HOO!! I found my cheek bones today!!! I always knew they were there, because whenever l ate something REALLY cold my teeth would hurt right up into where my cheek bones used to lurk. But they haven’t been out and visible in a while! It’s like finding an old friend… or two 🙂

Twenty-two and a half pounds down – that’s the diet update. Twenty-two and a half pounds!! It’s not enough YET, but it’s a tidy sum with which I am moderately pleased. I’ve been good about the yogurt… I’ve been good about the rabbit food…that is to say, endive, carrots and cherry tomatoes…. I’ve been good about the healthy cereal, fat free milk, berries, I’ve been good about the grilled chicken. I’ve even been good about the fat free cottage cheese (small curd, of course – I couldn’t be good about large curd!)! I did sneak in a slice of cheese pizza twice, and a peanut butter cup once, but my diet success just proves my own theory that the rare “cheat” does not ruin real progress. In the past, if I cheated once during the day, I would call the whole day lost and eat whatever I wanted. Now I recognize that one momentary lapse is not enough to call it quits for the day. In fact, I think the occasional lapse helps. That one peanut butter cup was enough to satisfy a sweet tooth for a month – and the pizza was delicious, but I realized that one piece of it was not worth ruining my diet for on a regular basis. Win win!

I definitely feel a difference – I have more energy, and I can walk at a faster clip – almost as fast as I used to go when I had a child by each hand flapping in the breeze behind me as I raced along! I have not reached the point where my knees don’t hurt – but I would say they are cautiously enjoying the lighter load that they have to lug around! They haven’t said as much to me, but there is a lot less complaining when I have to get up out of a chair. (Yes, my knees have been known to talk to me….a lot of it used to be in expletives, but osteoarthritis coupled with overweight will do that to a knee) My right hip is still angry…. but remember, hips don’t lie – and mine have been cranky for a while. Not only have they been hurting, but they haven’t even looked nice in a dress. A double insult that any self-respecting hip would find hard to swallow!

Some of my clothing is starting to hang on me a bit…. right now I’m wearing an old pair of shorts that will be hitting the ground in another five pounds. These are the only shorts I own because I threw out all the tight ones that no longer fit in a paroxysm of frustration last summer. So these will be the virtual yardstick against which I will measure my progress. I actually own two pairs of the same shorts – because when you’re overweight and you find shorts that fit comfortably, don’t ride up too alarmingly on your inner thighs in the summer, and are machine washable; you buy as many as they have in the store. I will never throw these shorts out….although I may use them to slipcover my sofa…..

Of course if you are picturing me as an older lady walking around in baggy old shorts and t-shirts, ratty sneakers, and talking to herself you would be correct. I have become that woman that talks to herself in stores; holding conversations with persons unknown and unseen (I occasionally give encouragement to my knees and hips), who looks like she found her clothing in a secondhand store and it was all she could afford. I am okay with this. There is no one out there I want to impress. I am doing this for ME. Well let me amend that slightly… me, my daughters, and my multitude of well loved pets – none of whom I want to be forced to leave behind anytime soon. 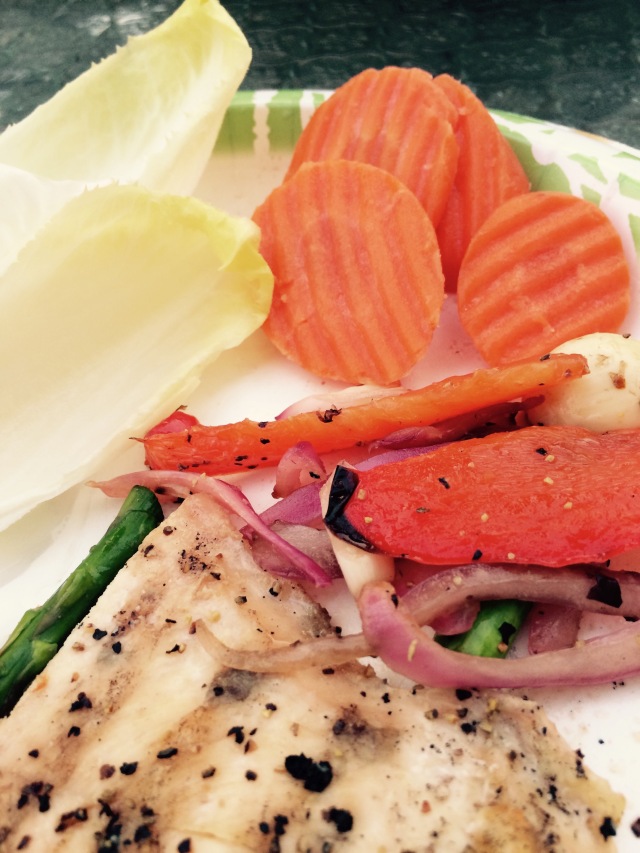 I do have clothing for work that is in better shape…. just as old as the shorts, but it hung in there better. My work clothing is that wonderful rayon/nylon/polyester blend that feels like it has elastic running through all of it, and gives and stretches like a champ. I’ve had a few of these dresses for more than ten years – through every weight fluctuation – and they just expand and contract as needed. In one or two of them I feel like the years are starting to take their toll on the fabric, though. Have you heard the expression “the elastic gave out”? Well for me that is inaccurate. I don’t think my elastic gives OUT. I think the elastic in my clothing gives UP. There have been times at my heaviest when my waistbands have said to me “listen chubby – put the hanger down and step away from the closet!” On a couple of mornings, my underwear looked at me and whimpered. Have you ever seen pantyhose cower in the back of a drawer? I have. It’s not pretty. I haven’t seen my bathing suit all summer. It is hiding somewhere in my room – I searched for it one day but gave up when I realized it probably wouldn’t fit anyway. As I left the room, I heard a sigh of relief coming from my closet, but I chose to take the high road and ignore it. I don’t need to deal with a sassy swimsuit. I deserve better. My clothing should just come out and take it like a man.

So my diet is still going well. I’m rather proud of it – it hasn’t cost me anything, it is all my own invention, and I still haven’t joined a gym (which is why I’m not in traction or hobbling with a cane). Of course I break one of the cardinal rules of dieting – don’t weigh yourself every day – the theory being that you then won’t see the daily fluctuations up and down, just the overall progress.

I, instead, weigh myself at the same time every morning. I am not discouraged by the fluctuations of a pound or two up or down. But I do use the daily weigh-in to “tweak” my diet as I go – a pound up and I am a little more careful or I take an extra staircase or two instead of an elevator. In this way, I feel more in control of the whole process. My body can’t betray me by sprouting five extra pounds in the weekly weigh in. I’ll have seen it edging up a pound at a time and done something decisive about it long before that one week mark comes along! 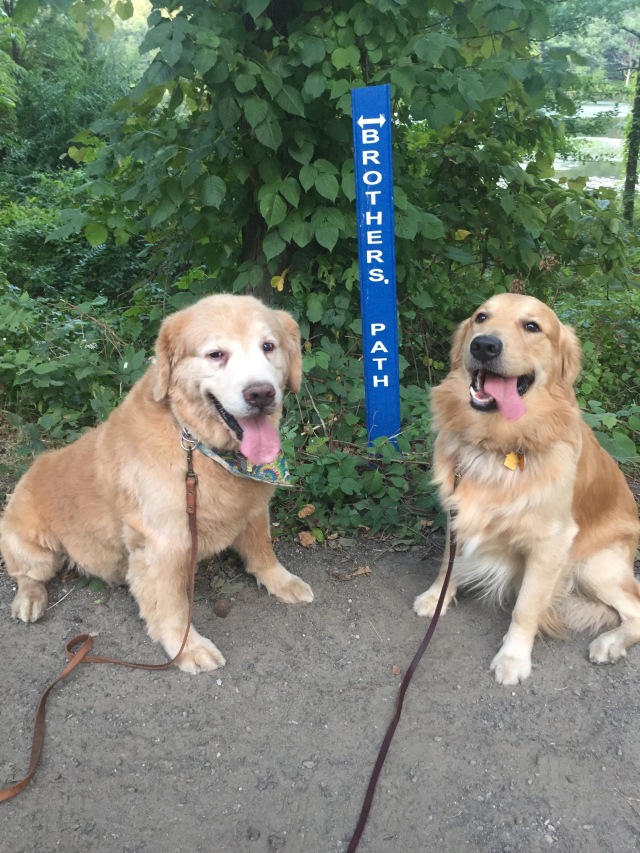 I’m looking forward to the next twenty two pounds. Those will make a big difference – not only will my shorts fall off, but probably my bra too. (See earlier blog post on dieting for this :)) I am even toying with the idea of getting out my Sweating to the Oldies DVDs! They popped into my head the other day… but my hip said to me “not yet, Lady. Let’s not get ahead of ourselves !!” So I let it go for the moment…. Maybe I’ll revisit the thought again in another ten pounds….. by then my hip may feel as optimistic as my knees seem to be….hurting, but not violent! Pain I can handle…. it’s outright rebellion that is out of the question!

So stand by… it’s onward and upward from here!! Through Mom Eyes, I’m doing pretty well! I’m on the path to good health and fitness!! I’ll report back soon…… 🙂